Back to all posts
By Derek Petgrave

"Children have extraordinary potential, and it is up to society to unlock it … The problem is that people, for some reason, do not want to believe it.  They seem to think that excellence is only open to others, not [to] themselves." -- László Polgár as told to Matthew Syed in Bounce: Mozart, Federer, Picasso, Beckham, and the Science of Success

Genesis of an idea

Over 20 years ago I learned of a book called “Nevelj zsenit!” (Bring Up Genius!) by László Polgár.  László was a Hungarian educational psychologist who had a longstanding belief that “Genius was made and not born”.  After studying intelligence as a university student László concluded that the life stories of geniuses were all the same, “…they all started at a very young age and studied (a subject) intensively.”

Additionally, he observed a discernible pattern -- a parent singularly focused on the child’s success. László subsequently hypothesized that if he took the right approach to child-rearing, he could turn "any healthy newborn" into a genius provided that his educational experiments began before the child’s third birthday and provided that the child began to specialize in a domain by the age of six.

To test his pedagogical theory László implemented his strategies on each of his three daughters resulting in two of them becoming Grandmasters (GMs) in chess with the other daughter becoming an International Master.

Anecdotally, the aforementioned summary of the Polgár nature/nurture experiment doesn’t resonate a great deal with the general public.  Both of the Polgár sisters' parents had Phd’s in education so weren't inherited genetics solely responsible for their success?

In order to examine that line of thinking let’s take a more detailed look at three things: the conventional wisdom regarding women and chess (over the years), the nuts and bolts of the Polgár experiment, and the age-related accomplishments of the Polgár sisters.

The conventional wisdom regarding women and chess (over the years) 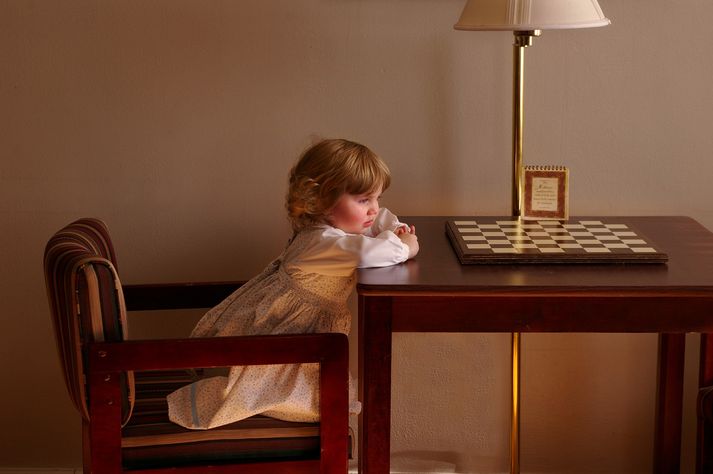 Before the ascension of the Polgár sisters the most famous woman chess player in the world was Vera Menchik -- a British-Czechoslovak-Russian chess player who was able to defeat several male Grandmasters.  However, no female player (prior to László's experiment) managed to defeat the very best male players in the world.  The dearth of elite women chess players led to a wave of theories that held that innate and immutable biological differences between the sexes were responsible for the gender gap present in chess.

Even in 2015 prominent chess champion Nigel Short expressed the view that "[women and men] just have different skills. It would be wonderful to see more girls playing chess, and at a higher level, but rather than fretting about inequality, perhaps we should just gracefully accept it as a fact.”  (Short expressed this opinion despite having previously lost to Judit Polgár)

Over ten years prior to Nigel's statement scientists Paul Irwing and Richard Lynn conducted a review of existing studies on sex differences in intelligence and concluded that:

“Different proportions of men and women with high IQs… may go some way to explaining the greater numbers of men achieving distinctions of various kinds for which a high IQ is required, such as chess Grandmasters, Fields medallists for mathematics, Nobel prize winners and the like.” --  Paul Irwing and Richard Lynn in "Sex differences on the progressive matrices: A meta-analysis. (2005)"

What the latest research shows

Missing in the Irwing and Lynn analysis was an assessment of top-of-the-funnel participation rates.  Thankfully in 2009 Merim Bilalic from Oxford University did that very assessment and he concluded that the observable gap between male and female chess players can be explained by simple statistics.  Since far more men play chess than women, differences in chess ability at the highest level were entirely predictable considering that even if two groups have the same skill level (and range of skills) the most capable individuals are more likely to come from the larger group.

Bilalic examined a data set encompassing all known German chess players – over 120,000 people, of which 113,000 were men.  He then directly compared the top 100 players for both genders and used a mathematical model to discern the expected difference in their Elo ratings based on the size of the groups to which they belonged.  The results showed that the large overall number of male chess players relative to female players accounted for 96% of the difference in measured ability between the two genders at the highest level of play.

Conclusion:  If more women participated in chess we would see the gap between the sexes at the elite level close considerably.

A (more) detailed look at the Polgár experiment 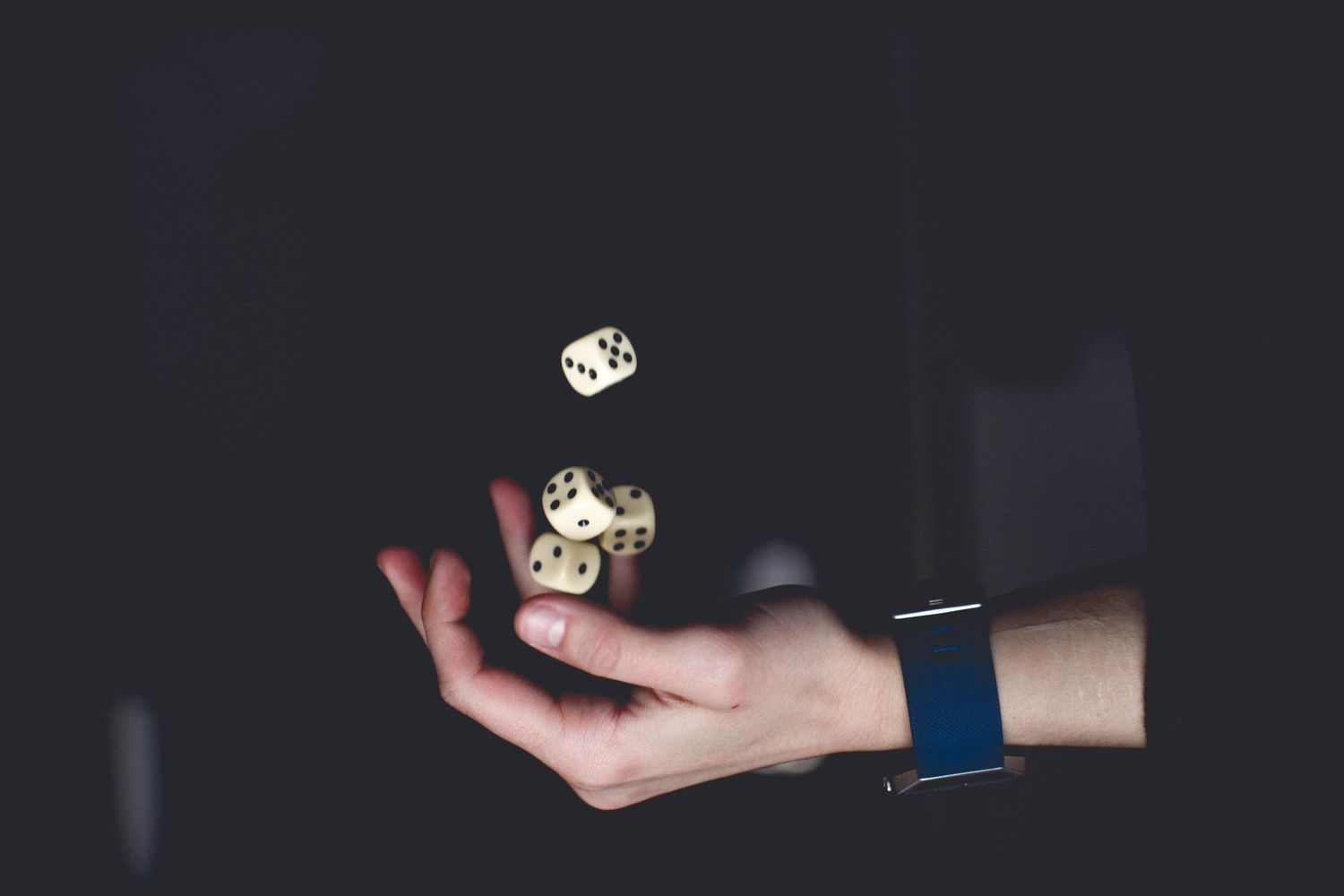 “They say it was a coincidence that a man who set about proving the practice theory of excellence using chess just happened to beget the three most talented female chess players in history.  Maybe some people just do not want to believe in the power of practice.”   -- László Polgár as told to Matthew Syed in Bounce: Mozart, Federer, Picasso, Beckham, and the Science of Success

In the 1960s a young man named László started plotting one the most daring human experiments in recorded history.  After "...studying the biographies of 400 great intellectuals, from Socrates to Einstein" László concluded that "... a genius is not born but is educated and trained."  He later told the Washington Post that "...when a child is born healthy, it is a potential genius."

He had also written papers on his ideas pertaining to education and lobbied Hungarian government officials in hopes of transforming the domain of education towards a focus on hard work rather than innate talent.  But his ideas were considered so radical that a local government official told him to "see a psychiatrist to heal [himself] of [these] delusions".

Consequently Lászlo felt that the best way to prove his theory was to test it out on his own (future) children -- which led to a search for a wife.  Luckily a Ukrainian women named Klara became a pen pal for Lászlo and, on the strength of his arguments (and their shared vision for parenting), agreed to marry and sire the children that would be in his experiment.

Lászlo dedicated many hours of thought to what domain his children should specialize in so that their achievements would be unimpeachable in the eyes of the public.  He settled on chess due to it being objectively rated based on performance, "so (that) there was no possibility of argument."

The Polgár husband & wife household was comprised of a hobby chess player (Lászlo) and a non-chess player (Klara) but Lászlo read as much as he could on the method and practice of teaching chess and decades later published a book on the subject.

Lászlo also devoted many hours each day to educating his first daughter (Susan) at home prior to her fifth birthday.  He introduced chess during this time and eventually Susan developed a healthy addiction to the game.  Later his wife gave birth to a second (Sofia) and third (Judit) daughter.  Sofia and Judit would recall "[making] their way across to the door of the chess room in the family apartment [to peer] through the tiny window, watching Susan being put through [the] paces by their father."  When Sofia and Judit turned five years old they also embarked on their chess training by Lászlo.

The Polgár sisters track record from that point on is truly remarkable:

The age-related accomplishments of the Polgár sisters

15 years old:  Susan became the top-ranked woman player in the world, and remained ranked in the top three for the next 23 years (until she was 38 years old)

22 years old: Susan became the first woman to earn the Grandmaster title in the conventional way of achieving three GM norms and an Elo rating over 2500 (Nona Gaprindashvili and Maia Chiburdanidze had gained the title earlier by special judgment of the World Chess Federation)

11 years old: Sofia wins the gold medal for girls at the under-fourteen championships

14 years old: Sofia wins eight straight games in the Magistrale di Roma against many of the greatest players including GMs such as Alexander Chernin, Semon Palatnik, and Yuri Razuvaev.  (This is a record performance in chess history based on an Elo performance rating over 2900).

5 years old: Judit was able to defeat a family friend without looking at the board

9 years old: Judit played in her first rated tournament in the U.S., finishing first in the unrated section of the New York Open, winning US$1,000.

12 years old: Judit became the youngest ever player to break into the World Chess Federation Top 100 players rating list with a ranking of No. 55;

12 years old and 3 months: Judit became the youngest ever International Master (Bobby Fischer and Garry Kasparov were 14 when they were awarded the title)

25 years old: Judit beats Garry Kasporov (the #1 player in the world at the time) in 42 moves

28 years old:  Judit became the first, and to date only, woman to have surpassed 2700 Elo, reaching a career peak rating of 2735 and peak ranking of No. 8 in the world

The success of the Polgar sisters cannot be explained on the basis of inheriting high IQ genes from their parents.  High IQ parents are in existence across the globe yet László' was able to produce the only family in history where all daughters were ranked in the top ten of female chess players in the world -- an astronomically low probability event on the basis of chance alone.

What overall conclusions can be drawn based on the science?

The kind of training that Lászlo did with his daughters is largely classified today as deliberate practice and studies have shown that it may explain 26 percent of the variation for games such as chess, 21 percent for music, and 18 percent for sports.

Therefore the science shows that deliberate practice does not explain all or even most of the performance variation in these fields (on average).  Rather a multi-factorial model of expertise development that includes genetics and the age at which an individual starts an activity (amongst other variables) is at play.

Didactiic is an evidence-based early childhood development platform for parents who want to bolster their kids cognitive development.  It was founded based on our belief that world-class performance stems from a parent striving for a seemingly out of reach target with a clear understanding of how to enable their child to traverse the gap.

Didactiic aims to be a "Waze for parenting" in that it will show you how to bring your child from point A to point B through day-to-day activities you can do with your child across the following dimensions: comprehension skills, language skills, math skills, memory skills, motor skills, visual-spatial skills and overall cognition skills.

Sign up at www.didactiic.com to be notified of the beta launch.